In order to raise awareness and educate people about Multiple Sclerosis (or MS), we gathered some information provided by National MS Society website (www.nationalmssociety.org).
WHAT IS IT?
MS is a chronic, often disabling disease that attacks the central nervous system (CNS), which is made up of the brain, spinal cord, and optic nerves. Symptoms may be mild, such as numbness in the limbs, or severe, such as paralysis or loss of vision. The progress, severity, and specific symptoms of MS are unpredictable and vary from one person to another.

WHAT CAUSES IT?
While the cause of MS is still not known, scientists believe that a combination of several different factors may be involved (immunologic, environmental, infectious, genetic).  Understanding the cause of MS will be an important step toward finding more effective ways to treat it, cure it, and maybe even prevent it.
WHO GETS IT?
In the United States today, there are approximately 400,000 people with multiple sclerosis (MS)—with 200 more people diagnosed very week.

Worldwide, MS is thought to affect more than 2.1 million people.

While the disease is not contagious or directly inherited, scientists have identified factors in the distribution of MS around the world that may eventually help determine what causes the disease. These factors include gender, genetics, age, geography, and ethnic background.

Like other autoimmune diseases, MS is significantly more common (at least 2-3 times) in women than men. This gender difference has stimulated important research initiatives looking at the role of hormones in MS.

MS is not directly inherited, but genetics play an important role in who gets the disease. While the risk of developing MS in the general population is 1/750, the risk rises to 1/40 in anyone who has a close relative (parent, sibling, child) with the disease.

While most people are diagnosed between the ages of 20 and 50, MS can appear in young children and teens as well as much older adults. Studying the disease in different age groups may help scientists determine the cause of MS and explain why the disease course differs from one person to another.

In all parts of the world, MS is more common at northern latitudes that are farther from the equator and less common in areas closer to the equator. Researchers are now investigating whether increased exposure to sunlight and the vitamin D it provides may have a protective effect on those living nearer the equator.
SYMPTOMS
In multiple sclerosis, damage to the myelin in the central nervous system (CNS), and to the nerve fibers themselves, interferes with the transmission of nerve signals between the brain and spinal cord and other parts of the body. This disruption of nerve signals produces the primary symptoms of MS, which vary depending on where the damage has occurred.

Most common symptoms of MS
DIAGNOSING
At this time, there are no symptoms, physical findings or laboratory tests that can, by themselves, determine if a person has MS. The doctor uses several strategies to determine if a person meets the long-established criteria for a diagnosis of MS and to rule out other possible causes of whatever symptoms the person is experiencing. These strategies include a careful medical history, a neurologic exam and various tests, including magnetic resonance imaging (MRI), evoked potentials (EP) and spinal fluid analysis.
TREATING
There is still no cure for MS, but there are effective strategies available to modify the progression of the disease, treat flare-ups/attacks, manage symptoms, improve function/safety, and provide emotional support. In combination, these treatments enhance the quality of life for people living with MS. 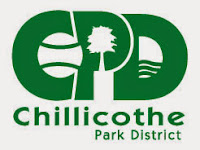